The 3 Best Personal Finance Books Of 2020

Personal finance is one of those topics where there is always something to learn. Whether you're a billionaire, or barely making ends meet—there is always more to learn.

These books will show you how to get out of debt, develop an emergency fund, build wealth and more!

There is something for everyone in this list when it comes to personal finance—and I'm sure you'll learn something new!

Here are the three best personal finance books to increase your financial literacy. 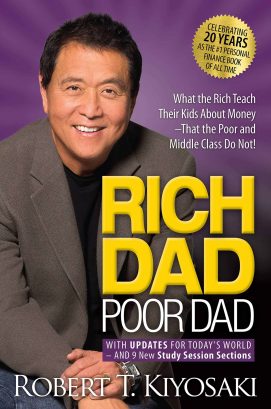 In Rich Dad Poor Dad: What The Rich Teach Their Kids About Money – That the Poor and Middle Class Do Not! Kiyosaki compares his rich dad (his friend’s dad) to his poor dad (his dad). And the ways in which the men shaped his thoughts on money, investing and success.

The book destroys the myth that you need to earn a high income to become wealthy—and Kiyosaki shows you how to make your money work for you!

Kiyosaki constantly reiterates throughout the book to purchase income-generating assets—including stocks, bonds, and real estate. Instead of liabilities, i.e. luxury cars, a house (highly debated) and anything else that “takes money out of your pocket”.

This is one of the biggest takeaways from the book—and Kiyosaki explains in-depth why this is important for building wealth.

The book has sold over 32 million copies in more than 40 languages—across more than 40 countries. And has been on the New York Times bestsellers list for over six years.

In The Millionaire Next Door: The Surprising Secrets of America's Wealthy, professors Thomas J. Stanley and William D. Danko reveal the common traits of America's millionaires—and uncover the secrets of the wealthy.

After reading this book, you'll understand that displaying high social status and being wealthy can be two very different things.

You'll find that “Most of the truly wealthy in the United States don’t live in Beverly Hills or on Park Avenue. They live next door.”

The most memorable part of the book for me was a case study of two high-earning physicians. They each earned roughly $700,000 a year—and had vastly different levels of wealth—despite what outward appearances suggested.

Reading this book was a turning point in my life and has led me to look at money in an entirely new light.

The authors met with over 500 millionaires face to face, to gather the data found in this New York Times best-selling book.

As Dr. Stanley said: “For the price of a book, the reader is essentially buying the equivalent of more than $1 million worth of invaluable research and interpretation.”

The Millionaire Next Door will show you how people become millionaires by living below their means and focusing on building wealth—instead of their income.

Best For Getting Out Of Debt: The Total Money Makeover By Dave Ramsey 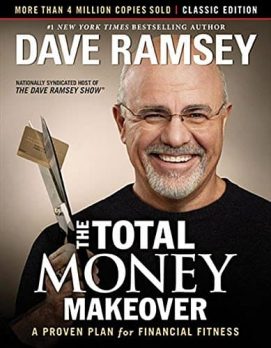 The Total Money Makeover is written by four-time New York Times best-selling author Dave Ramsey, host of The Dave Ramsey Show. His radio show reaches over 13 million listeners each week on more than 600 radio stations in the United States.

In the book, Dave has devised a practical 7-step plan that has helped millions of people get out of debt and transform their lives.

With The Total Money Makeover, you'll be able to:

You'll be able to get out of debt, build an emergency fund and retire wealthy with this all-encompassing guide—for less than $20!

These are three of the best personal finance books!